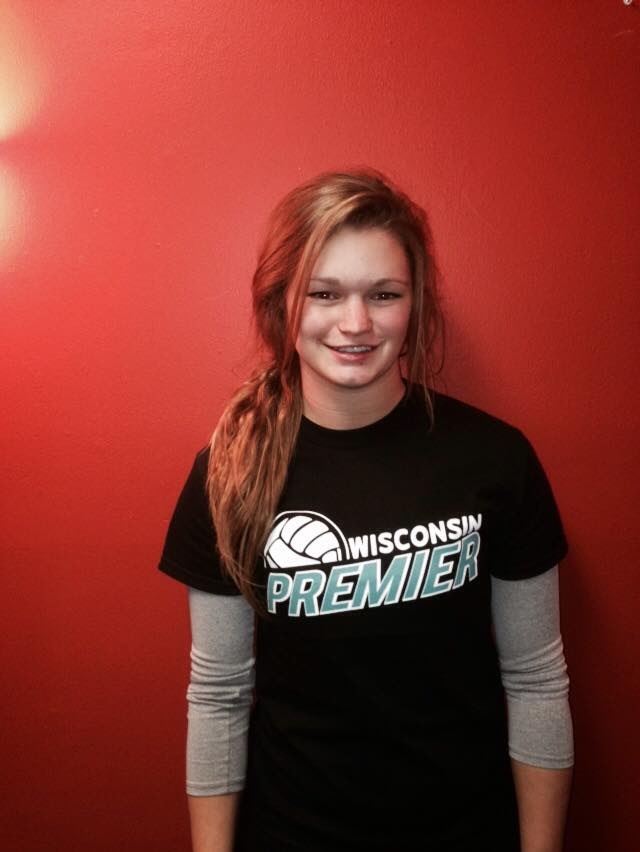 My name is coach Terese and I have an extensive background in volleyball. I graduated from Concordia University in nursing. I started playing club volleyball at the age of 11, and have experience in every position in the front row. I ended up as a right side hitter because I am left-handed. I played volleyball at Pius XI high school, and my team won conference and went to state my senior year. During my senior year I received many athlete  of the week awards, along with an all-state award at the end of the season, while personally earning the top hitting kill percentage in the state that year.

I then continued my career as an athlete at Concordia University, where I became the starting right side my freshman year of college. My team at CUW has an excellent reputation, and won conference last season with an opportunity to attend the NCAA tournament.

I’ve been coaching with Premier since 2015.

My philosophy about coaching includes a lot of skills practice and technique, along with attitude and mental aspects of the game. I love the sport and everything I have learned from it, which feeds my passion for passing on all I have learned. I strive to make the game fun and rewarding while helping to shape holistic athletes through insight, understanding, energy, and positive encouragement. I especially enjoy coaching youth volleyball because of the excitement for the game and willingness to learn, and I also enjoy helping to form a strong base for young athletes to grow from.